Menu
No products in the cart.
£0.00 Cart
Login / Register

Research group Dedal-Lit University of Lleida Catalonia, Spain Dr. Marta Miquel-Baldellou is an Associate Member of the European Network of Aging Studies (ENAS) and, as a Work Team Member of the research group Dedal-Lit at the University of Lleida, she is currently taking part in a research project, funded by the Spanish government, which focuses on the matrix of aging and creativity. Her main areas of research are comparative studies, gothic fiction, Victorian literature, and aging studies. Within the field of aging, she is particularly interested in the analysis of age performance in classic films and of aging discourses in popular and gothic fiction. In relation to these subjects, she has contributed chapters to different volumes of the Aging Studies Series of Transcript Verlag (Bielefeld, Germany), as well as to edited collections on aging studies published by Peter Lang and Brill/Rodopi, and her work has also been published in Age, Culture, Humanities, which is the official journal of the European Network of Aging Studies and of the North-American Network in Aging Studies.

CALL FOR A BOOK CHAPTER

Use this exclusive opportunity to extend your research work and contribute to our upcoming Open Access book, Aging, and Ageism; Interdisciplinary Perspectives with ISBN 978-1-914266-18-8. Prepare your proposal and submit it via the online submission form. Make sure to stipulate that you agree to publish your chapter as part of the Open Access Book. Upon successful screening by the editorial board to ensure that the proposal adheres to the quality and focus requirements, your proposal will be sent for a double-blind peer-review process. If your book proposal is accepted, you will receive an open-access publication confirmation. You will then work closely with the Book Editor to deliver the final manuscript.

For the past three decades, debates and reflections upon aging and old age have gained unprecedented attention in the field of humanities and cultural studies, finally giving rise to the academic discipline of cultural gerontology. The increase of longevity and the rapid growth of the aging populations in Western societies have contributed to bringing the discourses of aging to the arena of academic discussion from multiple perspectives within the arts. The analysis of manifold cultural manifestations often underlines a historical ambivalent interpretation of old age, which echoes Cicero’s axiom in De Senectute (45 a.C.), as he asserts that “everyone hopes to reach old age, but when it comes, most of us complain about it.” From classical times, old age has often been defined through stereotypes that still pervade contemporary cultural manifestations, such as Aristophanes’s conception of old age as a second childhood, which gave way to the literary trope of the puer senex or the aged child and, subsequently, to Renaissance artistic depictions of ascending and descending staircases representing different life stages, which were known as Lebenstreppen and associated childhood and old age as demeaning stages of life in comparison with adulthood. In contemporary times, stereotypical perceptions of old age as a second childhood are revisited and revealed in their complexity, as is the case with Francis Scott Fitzgerald’s short story “The Curious Case of Benjamin Button” (1922), in which life stages are blended and subverted, and the traditional dichotomy between the mind and the body with regard to aging is reconsidered with ambiguous results. In his study of symbolic images of the aged, Herbert Covey (1991) gives evidence of the proliferation of ambivalent portrayals of male and female aging throughout history, which acquire either positive or negative connotations and conform to a formulaic and even stereotypical representation of old age. Aged men were often depicted by means of archetypes, such as either the old fool, represented by King Lear in Shakespeare’s eponymous tragedy, or the sage, personified by Merlin as the old wizard in the legend of King Arthur. Similarly, aged women were assigned either the archetype of the lustful old widow, as is the case with the Wife of Bath in Geoffrey Chaucer’s The Canterbury Tales, or the role of the compassionate fairy in folktales, represented by the fairy godmother in Charles Perrault’s Cinderella. Aged characters were thus depicted through either sentimentalised characterisations or descriptions that highlighted their role as social authorities, thus underpinning portrayals of the elderly as either dependent subjects often associated with illness and even death or as aging subjects endowed with wealth and social status who were perceived as preying on the youth. Social concerns and anxieties about aging and old age gradually emerged in classic Victorian gothic narratives, such as Oscar Wilde’s The Picture of Dorian Gray and Bram Stoker’s Dracula, which brought into dialogue disquieting discourses of aging which remained latent in the late nineteenth century. With the advent of gender studies, critics such as Simone de Beauvoir in The Coming of Age (1970) contended how the aged self is mostly perceived by others and turns into an alienated part of ourselves, and Susan Sontag (1972) brought attention to the double standard of aging operating in contemporary society which considers that women age earlier than men. Studies focusing on the concept of late style, such as Ann Wyatt-Brown’s seminal volume (1993), also discuss how some artists and writers began their career in their later years or changed their approach to art significantly upon their aging years, thus exploring old age as a fruitful stage of unprecedented creativity. Painters like Claude Monet, composers such as Giuseppe Verdi, and writers ranging from Toni Morrison to Marcel Proust or J.R.R. Tolkien started their artistic career when they were well over their forties and extended it until their later years. Nevertheless, from a sociological perspective, Margaret Morganroth Gullette (1997) has brought attention to the decline narrative that has dominated most Western thinking about old age and, by resorting to psychoanalytic theories, but also moving away from them, Kathleen Woodward (1999) has pleaded for the need to praise the figure of the older woman in Freudian generational models, as well as that of the aged self in Lacanian theories of the mirror stage of age. Owing to the proliferation of aging studies and cultural gerontology, the discourses of aging have gained much interest from contemporary interdisciplinary perspectives within the humanities. Well into the twenty-first century, this edited collection seeks to re-examine historical portrayals of aging and old age, and analyze their contemporary depictions from different disciplines in the arts, which underline traditional and even stereotypical representations, but which also depart from them, thus producing myriad and complex, but also enriching and thought-provoking, portrayals and discussions of aging through a multifaceted approach.

To that purpose, areas of interest include, but are not limited to: 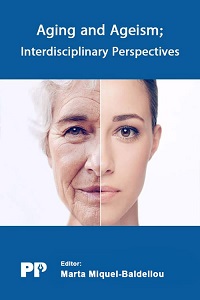 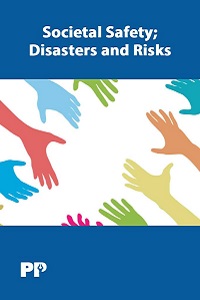 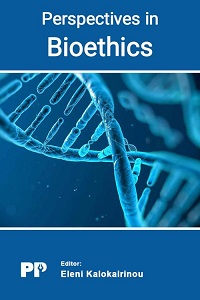 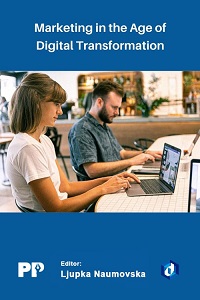 Marketing in the Age of Digital Transformation 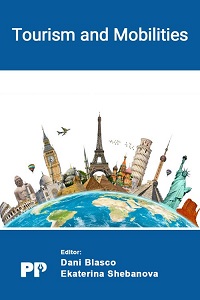 Proud Pen is a premier online publisher of academic books. We strongly believe that knowledge makes the strongest difference when it is shared, discussed, challenged, and built upon. That’s why we publish all our books open access.
Twitter Facebook-f Youtube

We use cookies and similar technologies (“cookies”) to understand how you use our site and to improve your experience. This includes Personalisation; ad selection, delivery, reporting; measurement; content selection, delivery, reporting; and information storage and access. To accept or manage the use of cookies click here. You may read more about these methods
we use by clicking Read More.